Hot on the heels of Javier’s thesis defense, we have published a series of papers on cavity-modified ground state chemistry, one in Physical Review X and one in Angewandte Chemie. Over the past few years it has become clear that strong electromagnetic coupling between a molecule and light confined in a nanoscale cavity can lead to significant modifications of the electromagnetic response of the hybrid system as well as the internal molecular properties. This has already been exploited to manipulate the fate of photochemical reactions, however, up to now there has been no general theory on how these interactions affect the chemical reactivity of a molecule in its ground state without any external input of energy. 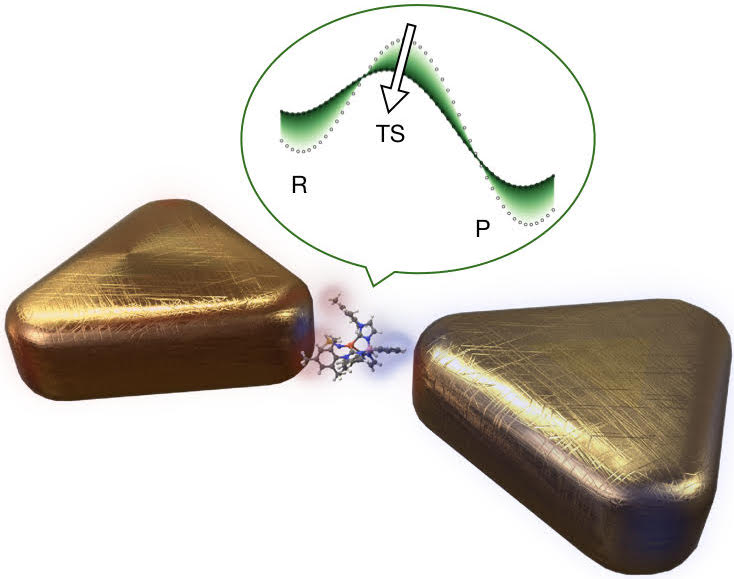 In the PRX paper, we developed a theoretical framework that combines quantum electrodynamics and the quantum theory of chemical reactivity to treat this problem. We implemented this approach for a simple model molecule that can be solved without approximations. This allowed to explore the general properties of cavity-induced ground-state chemical reactivity changes and develop a simplified theoretical model that can be applied to more complex molecules. Remarkably, we found that the induced changes on the molecular potential energy surfaces do not depend on any resonance condition between molecular transitions (such as vibrational or electronic excitations) and cavity modes, with the relevant interactions closely related to well-known intermolecular forces such as the Debye and London force, and more generally to Casimir-Polder forces between the molecule and a material body. In particular, the largest contribution leading to the modified energy landscape is typically determined by the change of the permanent dipole moment of the molecule between its equilibrium and transition state configuration. We also show that experimentally available nanocavities can induce changes in reaction rates by an order of magnitude in a single molecule, while for the case of many molecules, the effect we found becomes significant only if all the molecules are aligned (which is unlikely in realistic systems).

In the paper published in Angewandte Chemie, we combined this theory with quantum chemistry calculations and have shown how plasmonic nanocavities can enable self-induced electrostatic catalysis of typical organic reactions, without any external driving, due to the interaction of the molecular permanent and fluctuating dipole moments with the plasmonic cavity modes. We also explored how the interaction between molecules and electromagnetic modes can modify the transition temperature of spin-crossover transition metal complexes, the prime example of molecular switches.

These studies contribute to the fundamental understanding of how nanoscale cavities can be used to manipulate chemical reactions of single molecules and open the path towards ground-state catalysis with plasmonic nanocavities. They also provide an example on how the interaction with plasmonic modes may be ultimately exploited to manipulate material properties.